The Piece: This harp was made by Sebastien Erard who was the harp maker (and piano maker) to the french and russian royal families and patented the “double action” pedals that are still used today. He was a German living in Paris, where worked for queen Marie Antoniette until the French Revolution. It was during this chaotic time that he moved to London. This harp is the bottom entry- serial number 2804 which is seen on the bronze plate. Was built November 12, 1819 and purchased by Herbert Newton Jarrett III, Esquire.

For us, it has been a privilege, a challenge, and a wonderful experience to be able to hold and work with such a marvelous piece.

Beginning stage:
The gold leaf is completly gone, as a result of several applications of water. Both the gesso and the yellow clay are visibles on several areas. 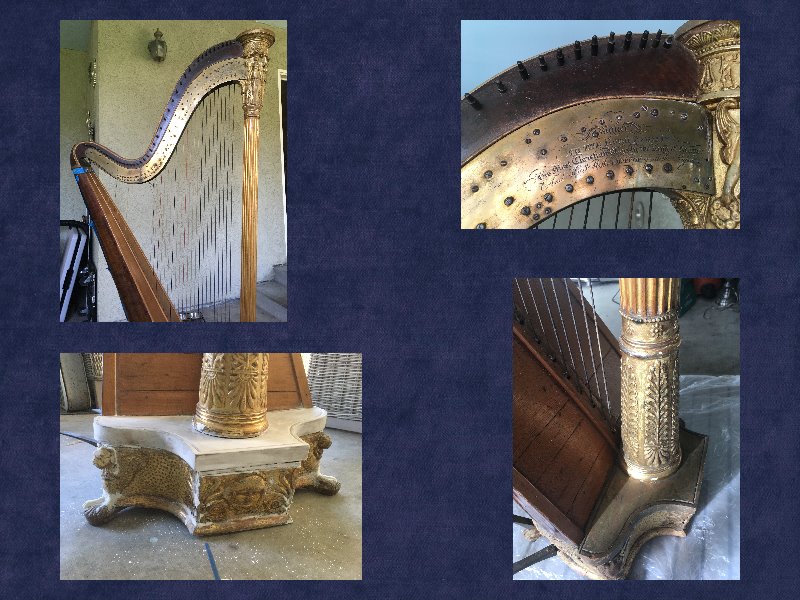 Task:
1. Cleaning the entire piece.
2. Remove all the glitter. 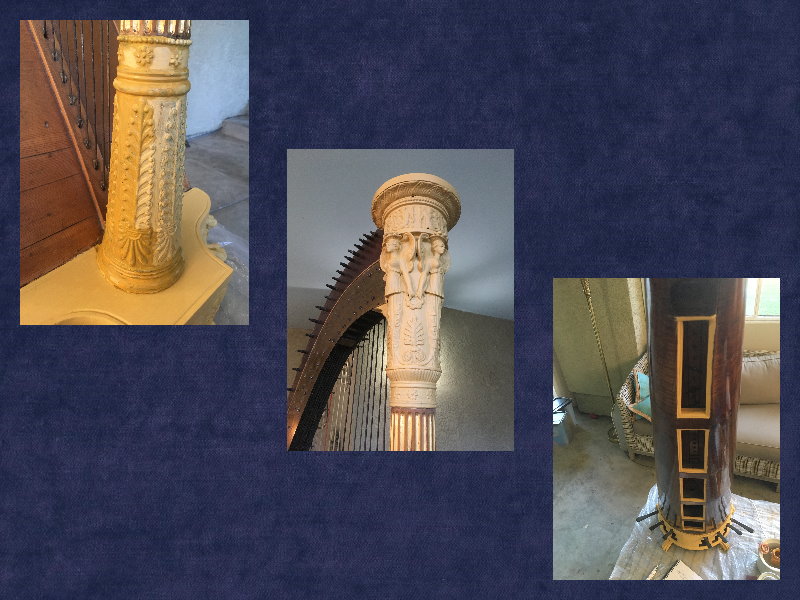 3. Reconstruction of the missing gesso pieces through moulding.
4. Application of yellow bol. 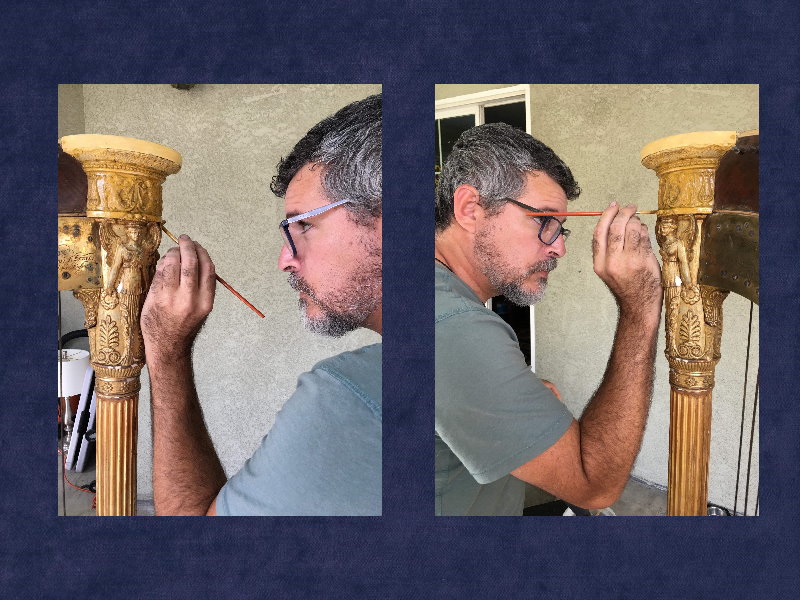 5. Fasten a 23 k gold leaf.
6. Burnishing of gold with agate stone in the most prominent areas. 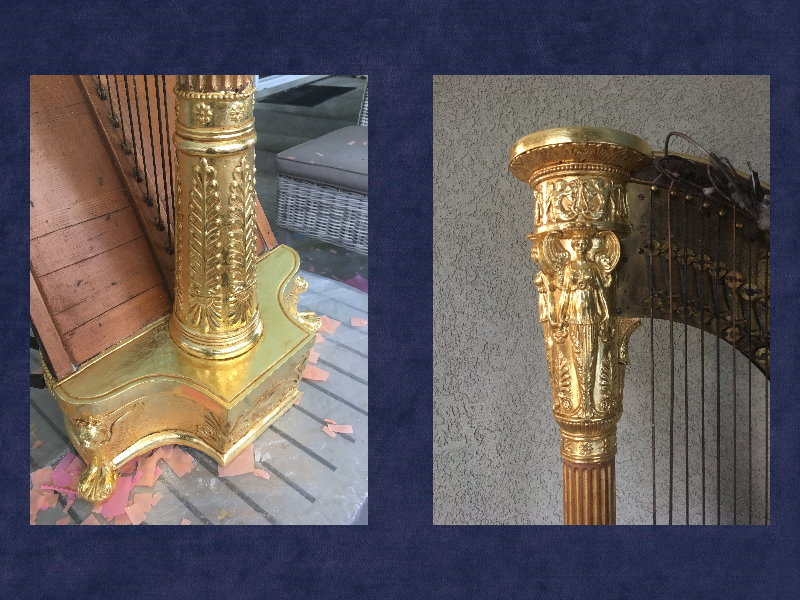 7. Application of patina which creates an effect of aging. 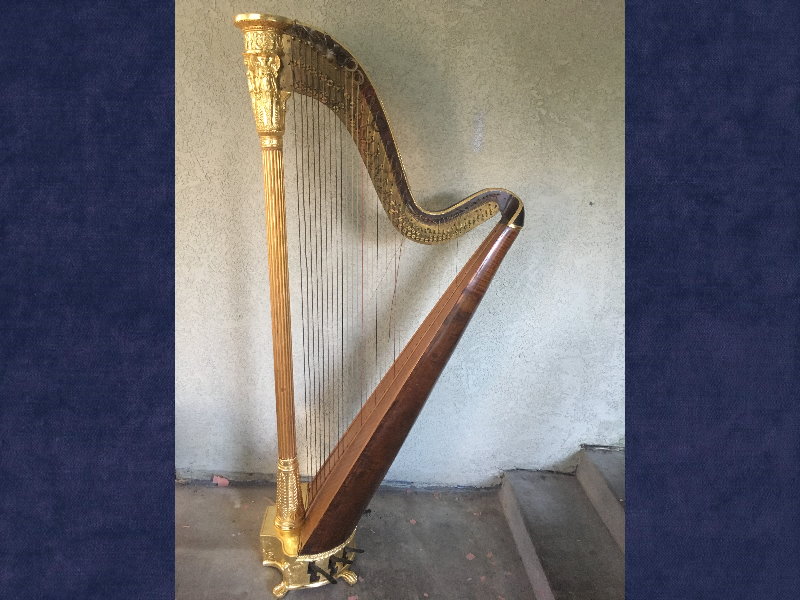 View all posts by Ramon Rabre

This site uses Akismet to reduce spam. Learn how your comment data is processed.